Fishing as everyone knows is considered as one of the ways of living for some of us. They would actually do it in different ways. Some are using nets, rods, and hooks. And others for some time are using explosives called “blast or dynamite fishing”(even if it’s prohibited) just to catch some fish.

Recently, men from Southeast Tennessee showed everyone how to catch fish without using nets and others. They catch giant catfish using only their own bare hands. 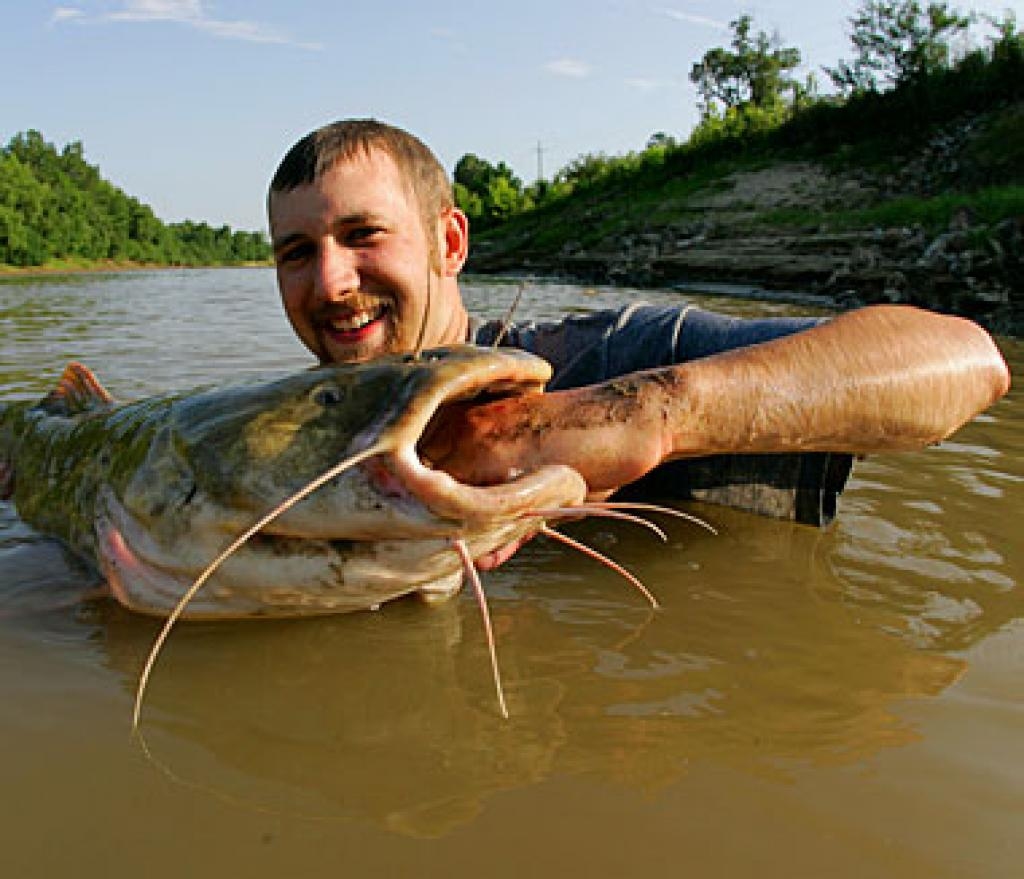 This activity is actually considered in most parts of the world. They consider it as an extreme sport of fishing called “noodling”. This is done by catching catfish using bare hands.

However, men from Southeast Tennessee refer to this thing as “grabbing” since it is literally done by grabbing catfish using their own bare hands.

This extreme sport and activity are only for those who are fearless and aren’t afraid for some adventures like finding holes at the bottom of the river, reaching into the holes,  and grabbing the catfish.

Most of the catfish that they have caught and grabbed are flatheads catfish and blues which are actually weighing for about 13 and 27 kilograms, which is equivalent to that of a small child.

Since the size of the catfish is usually big and monstrous, they are capable of putting up a good fight against those who would grab them, so one who is tall, fast and strong enough as grabbers are needed to catch and grab them.

Otherwise, if you are not that fast enough, catfish are going to grab you instead as they also try to protect their homes.

What can you say about this? Do you think you are also as strong and fearless as these guys?

Watch how these local Southeast Tennessee men slide down the massive pipes in a muddy river to catch and grab giant catfish here: