Home
Entertainment
WATCH: Sarah Geronimo breaks down and leaves the stage during her concert in Las Vegas
Prev Article Next Article

Sarah Geronimo is one of the biggest names in the showbiz industry in the Philippines nowadays. Since winning a talent show entitled “Star for a Night” in 2003, Sarah rose to stardom with her talent in singing and also her various roles in dramas, movies and even in commercials.

Since then, Sarah has not only been a singer or an actress that people look up to, she also served as a role model to most people for being humble despite her success.

However, in her recent tour in the United States for her “This is Me” concert series, Sarah shared a little part of herself that is kept unknown to most of her fans.

In a report by ABS-CBN, during the part where she sang one her biggest hits entitled “Forever’s not Enough”, Sarah failed to contain her emotions especially when she talked about all the struggles that she went through. 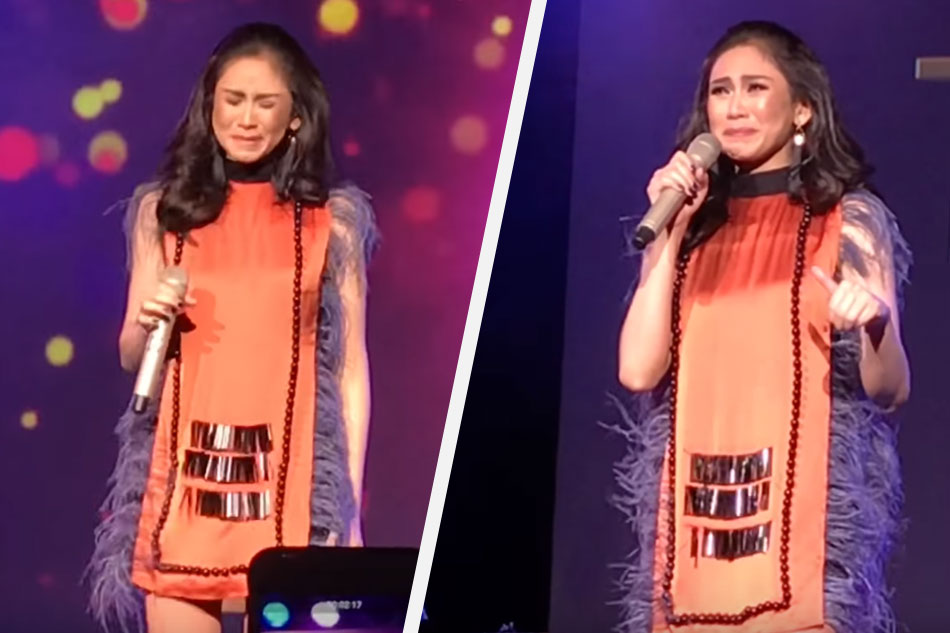 At this point unable to hold her tears, Geronimo apologized to the audience.

Apparently still trying to contain her emotions, Geronimo skipped lyrics several times as she turned her back from the audience. Towards the end, however, the pop star could no longer go on and walked out of the stage, presumably to recover.

Meanwhile after the incident, Sarah’s boyfriend Matteo Guidicelli also made the effort to go to his Instagram account and post a photo of him with Sarah during their vacation earlier this year. The photo went with the caption, “Keep walking, i’ll always be beside you. No matter what. I love you my love. And I miss you.”

Keep walking, i’ll always be beside you. No matter what. I love you my love. And I miss you. ☺

Amidst this issue, we hope that Sarah finds her inner peace and the fulfillment that she needs in her life.